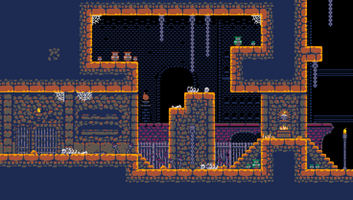 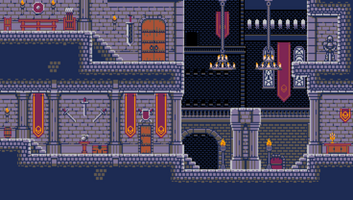 Multi Platformer Tileset was updated! The Dungeon environment received a complete remake. Now it looks more like it should be: an underground dungeon.  Also, the old dungeon got a massive change and now it will be called "Stronghold". It's a new environment, useful as a stronghold, castle, fort or a keep.

Both of them have new and more assets, including new backgrounds. Specially the dungeon one, now that it have an animation in the background.

Btw, remember that I said that I won't add more assets for GrassLand? I guess I lied, because I needed to add a few more assets for the terrain, as I made new ones in both remakes and found them useful in GrassLand. Now it should fine from now on.

Now it the turn for Desert to receive some makeup hahaha :D

Any feedback or requests, fell free to say it on the comments or the community.

Various 2D side-scrolling environments on pixel art for your projects!